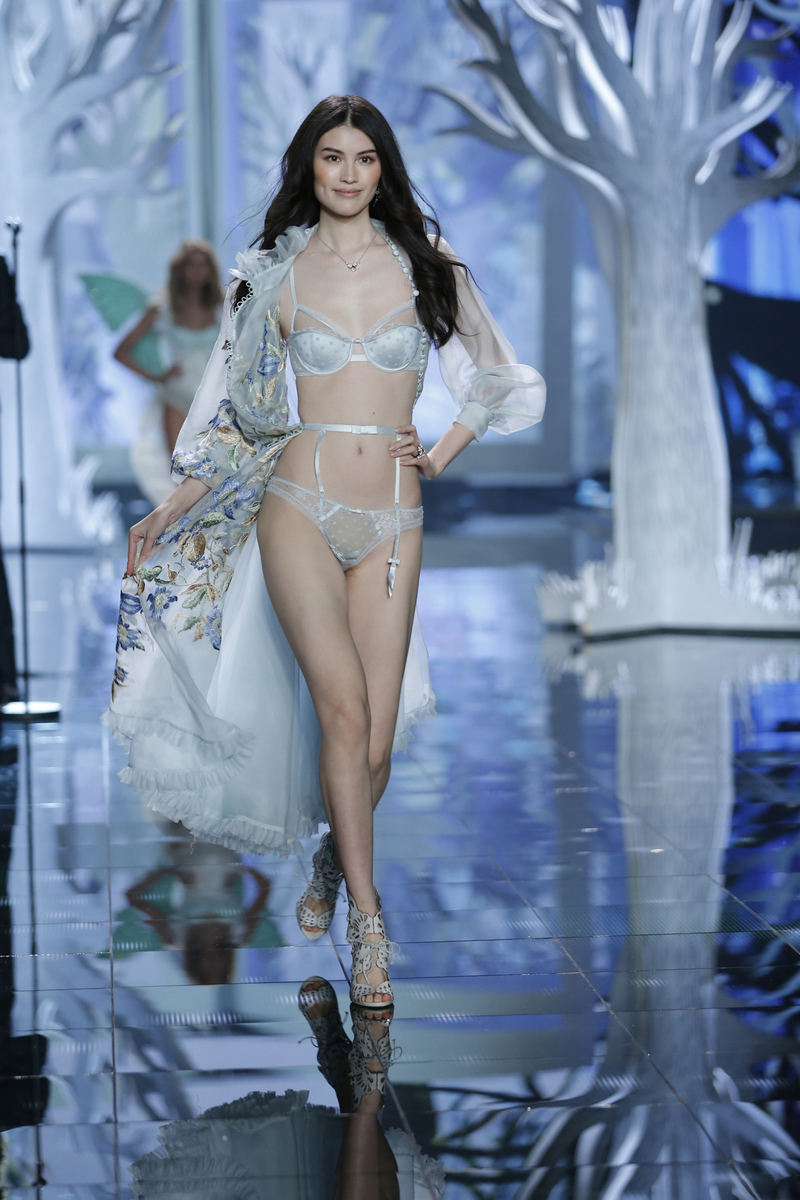 The 2014 Fashion Show Trends on the Runway!

Gilded Angels: All that glitters IS gold as the 2014 Victoria’s Secret Fashion Show kicks off in London.
Exotic Traveler: With its eclectic mix of jewels, textures and colors, the Exotic Traveler section evokes adventure, ancient cultures and faraway lands.
Dream Girl: The Dream Girl section puts a new spin on the slumber party, with retro touches and whimsical boudoir details, all through the sexy lens of Victoria’s Secret.
University of PINK: Victoria’s Secret PINK hits the runway in London with a celebration of street style.
Fairy Tale: The story begins and ends on the runway in the most romantic theme of this year’s show.
Angel Ball: Seductive glamour takes center stage at an opulent black & white ball complete with elaborate wings, dark bodices, delicate beading & strappy details.

THE VICTORIA’S SECRET FASHION SHOW crosses the Pond when it films in London for the first time, for broadcast this holiday season on December 9th on the CBS Television Network. Announced at the Victoria’s Secret Bond Street store by Angels Adriana Lima and Candice Swanepoel, the show merges fashion, fantasy and entertainment into a runway spectacle. The show, seen in 192 countries, will include musical performances, pink carpet interviews, model profiles and a behind-the-scenes look at the making of the world’s most celebrated fashion show.

THE VICTORIA’S SECRET FASHION SHOW is being produced by done and dusted, inc. Edward G. Razek, Monica Mitro, Ian Stewart and Hamish Hamilton are the executive producers. Hamish Hamilton is the director.

VIPs in Burberry outerwear for Winter 2014/5

Transforming the Supermodels into ANGELS!

Any redistribution or reproduction of part or all of the contents in any form is prohibited. You may not, except with our express written permission, distribute or commercially exploit the content.