The capsule collection encompasses ready-to-wear, leather goods, shoes and accessories and features dedicated graphics and interpretations of the Louis Vuitton signatures. Borne out of a longstanding camaraderie, Virgil Abloh invited the Japanese designer and founder of Human Made to partner on a one-off line fusing their individual approaches under the guise of Louis Vuitton.

Celebrating the travel-centric core of the house, LV2 observes the London Mod-era dandy through a Tokyo lens. The cross-pollination sets the tone for a tailoring-focused collection, evoking chapters in the formative years of Nigo – who found much of his early inspiration in the subcultural history of London – while honing the traditional sartorial values proposed in the men’s Louis Vuitton Pre-Fall 2020 collection by Virgil Abloh. A nod to Human Made, the Japanese brand founded by Nigo, a flight jacket features the graphics ‘LV Made’ alongside a Mount Fuji graphic.

A cropped Mod suit adapts and magnifies the Louis Vuitton Damier check. The motif is echoed in a double-faced duffle coat with micro-check lining, while a black fishtail parka morphs values from the dandy and sports wardrobes. Patchworking appears throughout in a meeting between the Louis Vuitton Monogram and the Damier check rendered in denim.

The LV2 patchwork is repeated in bags based on classic Louis Vuitton shapes: the tote, the keepall, and the money bag, adorned with animal charms familiar to the world of Nigo. A formal steel toe-cap derby cements the Mod spirit alongside a tasselled loafer in Monogram. The Damier check is interpreted in an ankle boot in suede Damier, a hiking boot in sporty Damier leather, a shearling boot in blown-up Damier or in denim, and a mule in the same motifs. Rectangular sunglasses feature trunk clip detailing while jewellery carries the LV2 logo.

The LV Pont 9 bag is available in a diverse range of striking colours. Alongside the understated and elegant Noir and delicate Crème is a palette of more vibrant tones : deep sunset-like Summer Gold; feminine and vibrant Rose Dahlia; and soft and dreamy Bleu Orage.

Louis Vuitton’s LV Escale collection tells the story of seaside holidays inspired by shibori, the age-old Japanese technique that consists in twisting and knotting fabric before dyeing it. 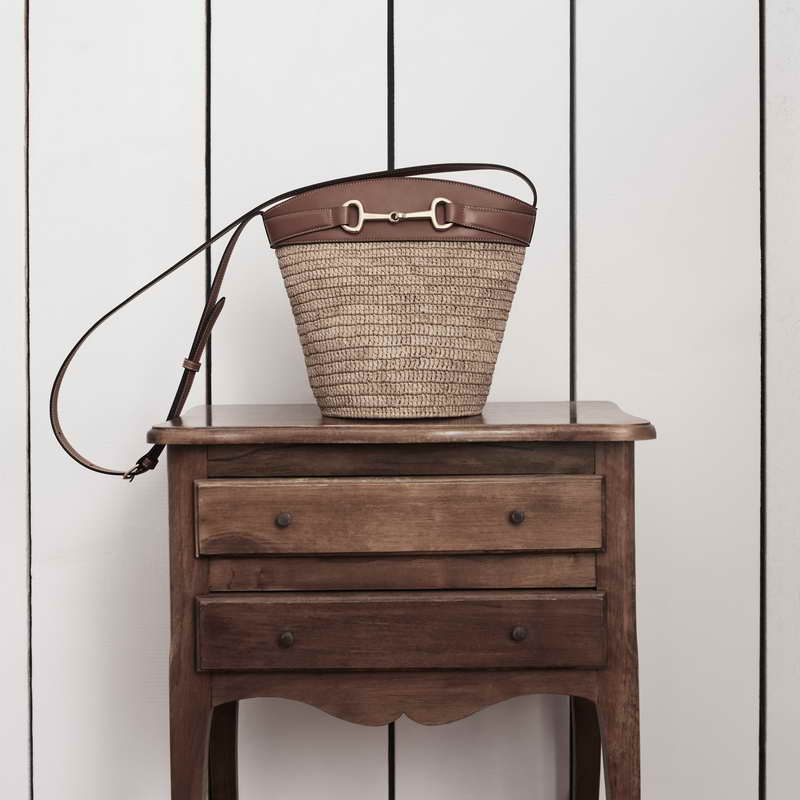 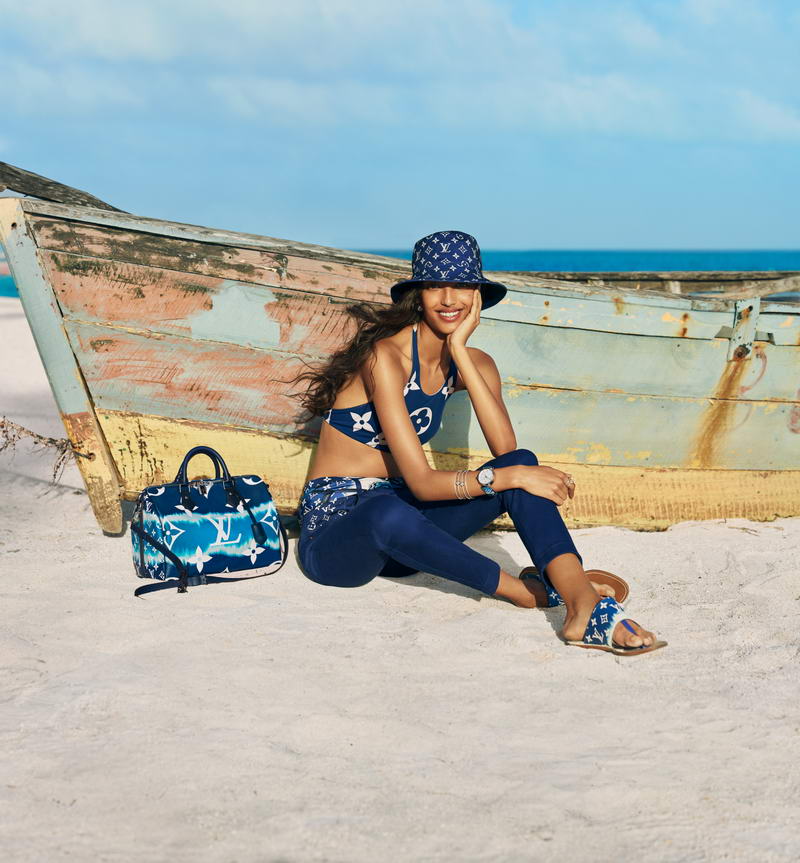