A series of photographs of one of Monsieur Dior’s haute couture lines, taken near the iconic Parthenon in 1951, was the inspiration for the Dior cruise 2022 collection. In the heart of the city dedicated to Athena, Maria Grazia Chiuri reinvents her genealogy and tweaks the codes – art lies not in the object created, but in one’s ability to create – such as the peplum. The goddess tunic, evoking marble and ancient statuary, is resolutely ethereal thanks to its fabrics and handmade pleats, a chiaroscuro in fluting.

A rediscovery of civilization’s roots – not out of nostalgia, but out of a desire to recompose, in the present, the fragmentation necessary to our understanding of the world. Maria Grazia Chiuri was inspired by Giorgio De Chirico, a pioneer of Surrealism who drew on poignant memories of Greece to paint metaphysical places frozen in the silent contrast of light and shadow. The Creative Director then explored the universe of Alexander Iolas, the cosmopolitan gallery owner who preserved his close ties to Greece and his home in Athens. There, he assembled an incredible collection of vases decorated with the intertwined bodies of wrestlers. Giant close-ups of those silhouettes stand out in sketches by the artist Pietro Ruffo, or are camouflaged on a selection of sportswear pieces, a synthesis of technical and formal research, the backbone and manifesto of a body performing beyond gender boundaries, in the Panathenaic stadium where the cruise show is staged.

That body dons a series of white suits – jackets and pants – like those worn by Marlene Dietrich, structuring a sartorial lexicon poised between classicism and freedom: the oversized houndstooth is Hellenized; cannage reveals new abstractions. Gold dialogues with white: a hood grafted onto different looks is like punctuation, an engraved inscription. Greek blue becomes both a signature and an homage. Each collection is an ongoing reflection on the paradigms that distinguish fashion and the House of Dior; an occasion to further expand collective work. Maria Grazia Chiuri underscores the extent to which the variations on femininity in Dior creations emerge from a past that honors a beauty with multiple facets. 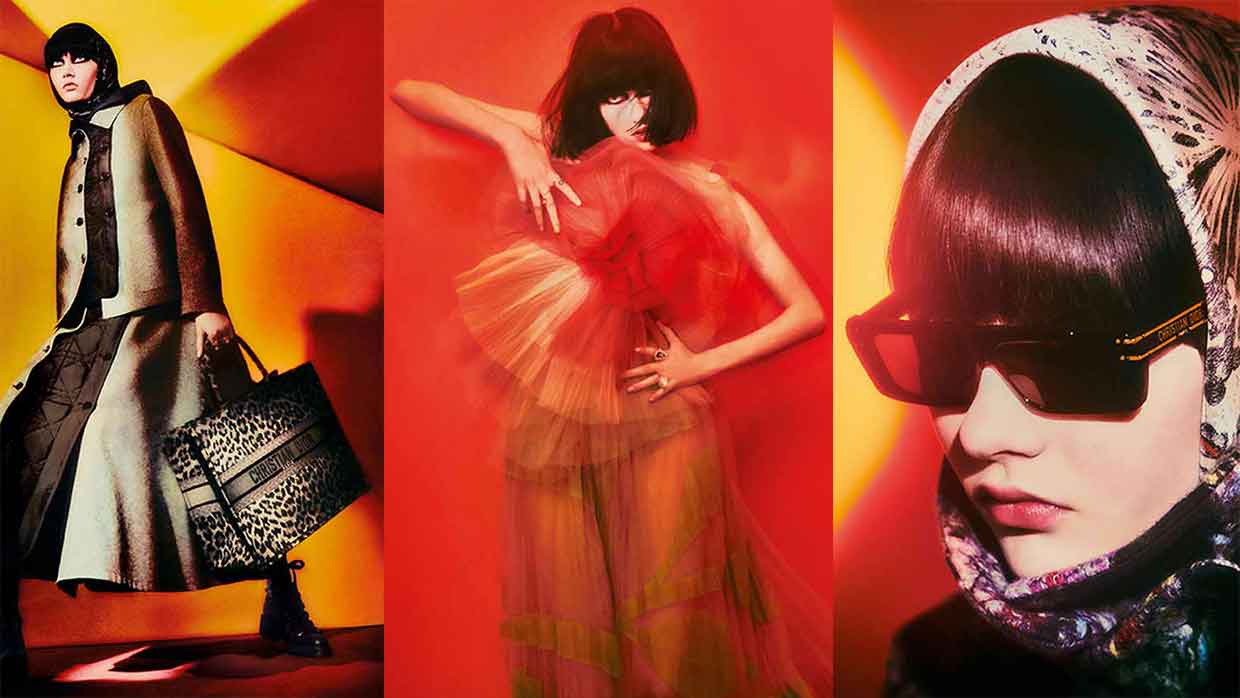 Dior unveils the campaign for the Dior Autumn-Winter 2021-2022 ready-to-wear collection, exploring the magical world of fairy tales. A network of symbols… 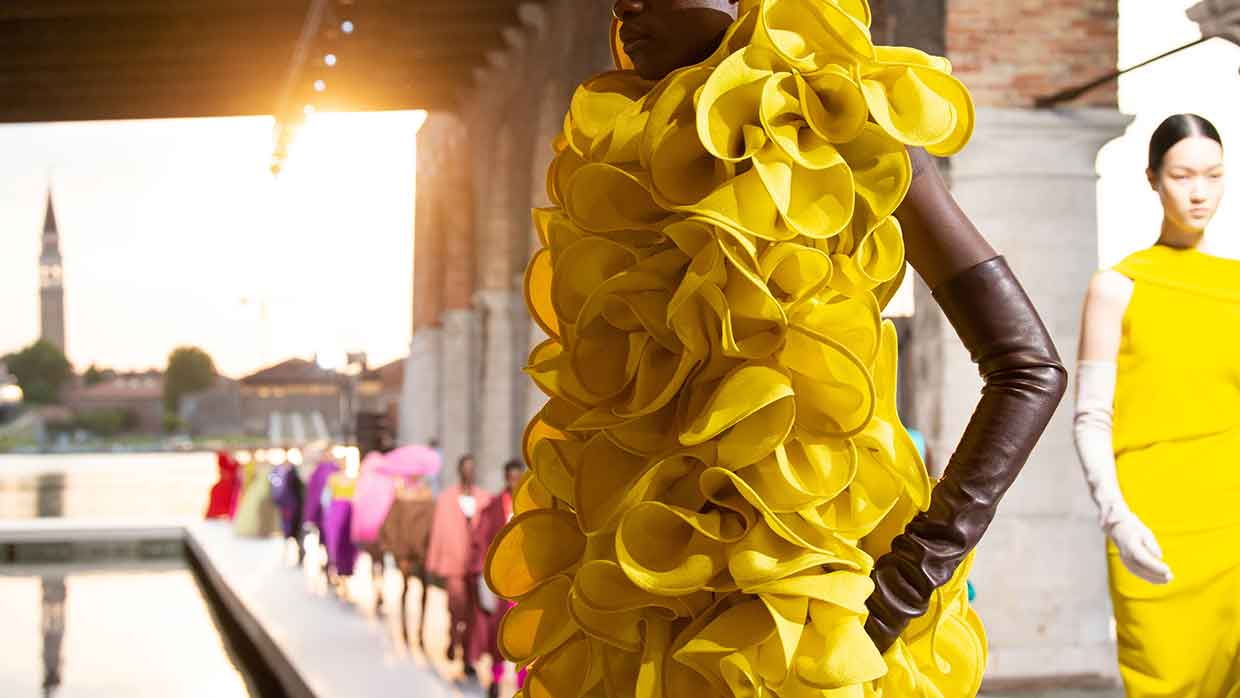 Valentino Des Ateliers is a project deeply wanted by Creative Director Pierpaolo Piccioli, according to whom ‘Fashion is not ‘art’, because the latter has no purpose outside of itself, while the first always has a practical scope…

Valentin Giacobetti photographed Ola Rudnicka, model and friend of the House, as the face of the CHANEL Fall-Winter 2021/22 pre-collection… 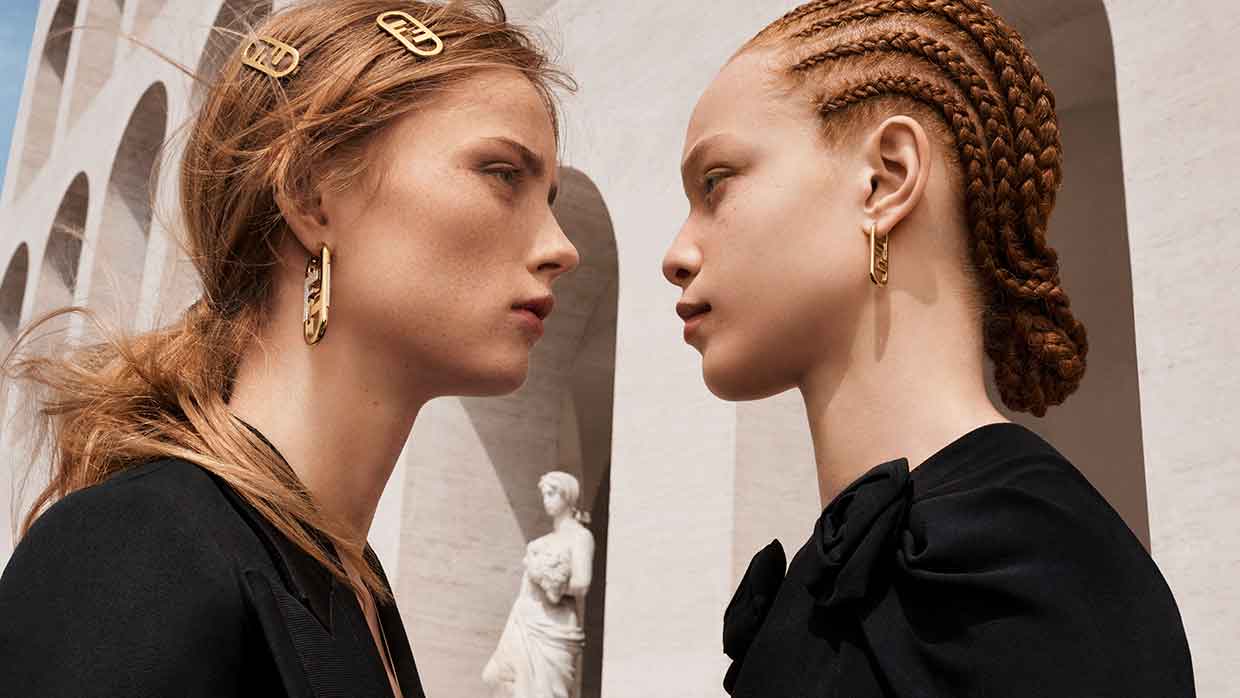 Creatively directed by Ronnie Cooke Newhouse and photographed by Craig McDean against the backdrop of the FENDI headquarters at Palazzo della Civiltà Italiana, the images…